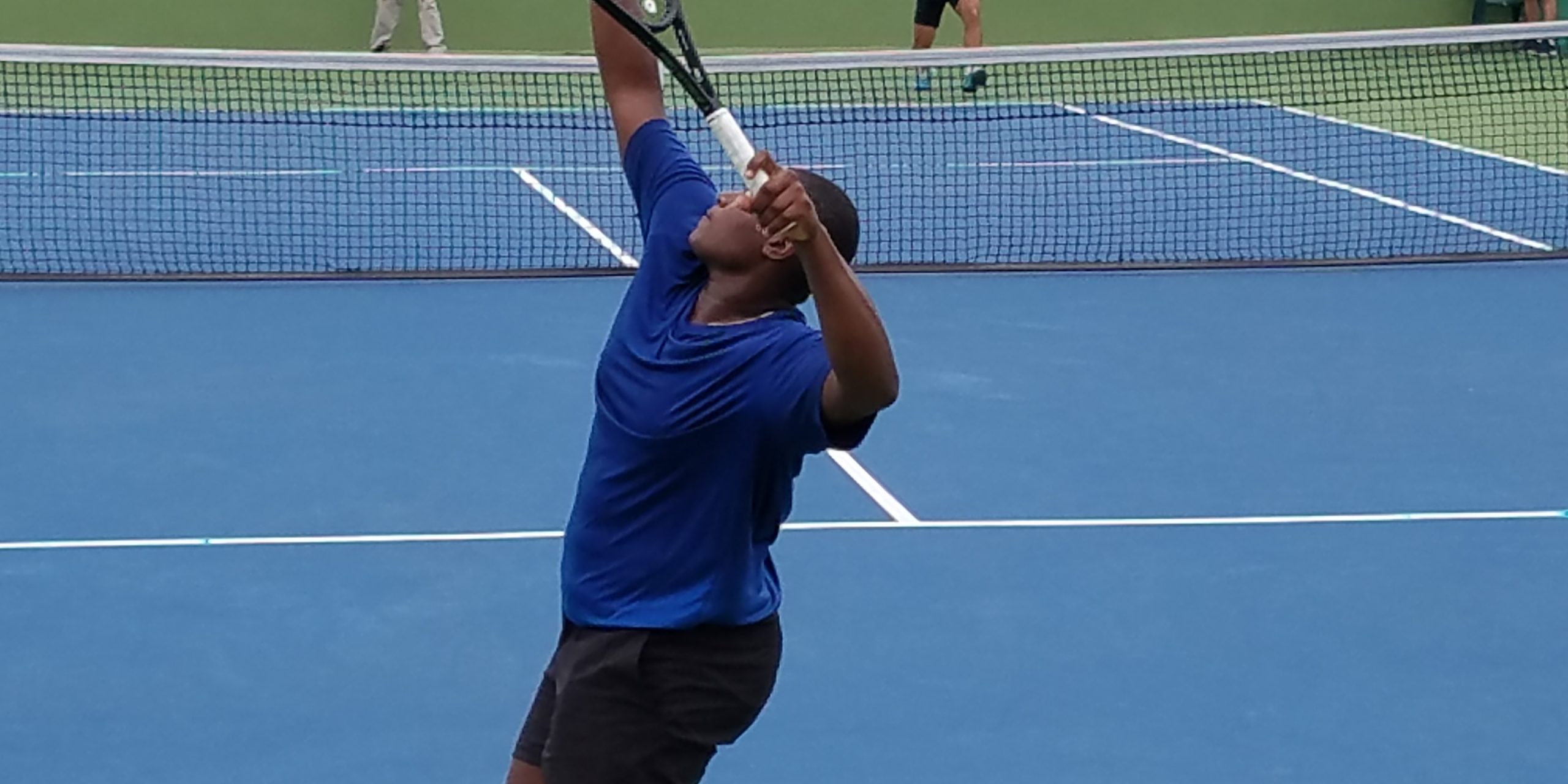 Today was an important day as it was necessary for The Bahamas to secure the second spot in Pool A. This would qualify them to contend for the 3rd spot on Saturday. In order to do so, Team Bahamas would need to either win both of its singles or at a minimum one of its singles in order to take it to doubles.

Up first was Philip Major Jr. playing as the #2 in the first Rubber. Philip came out slow and lost the first set 0-6. In the second set, he
came out stronger but was not able to overcome Ignacio Garcia of Puerto Rico. He lost 3-6 in the second.

It was up to the #1 Baker Newman to give Team Bahamas a fighting chance in Rubber #2.  Baker played Alex Diaz of Puerto Rico. After dropping the first set 2-6 Baker fought for well over 10 minutes to go up two break points to stay alive in the fourth game of the 2nd
set.

Baker had 4-1 on the changeover. Alex needed a medical time out which he used to regroup; where he stormed back winning 3 consecutive games. Nonetheless, Baker would come back to try to push to a 3rd set. On 5-4 he had triple match set point but was not able to capitalise to win the set.

The teammates Justin, Donte and Philip cheered on Baker as they knew it was a crucial game. Unfortunately for Team Bahamas, Baker was unable to push through for The Bahamas losing in two sets 2-6 5-7. At this point, the team did not qualify for the 2nd spot in the pool but doubles would still be played.

In doubles, Captain Marvin Rolle would team up Justin Lunn and Donte Armbrister again. It was a nail biter in the first set but  they lost in
the tiebreak  6-7 (5) and would lose momentum in the second set 1-6.