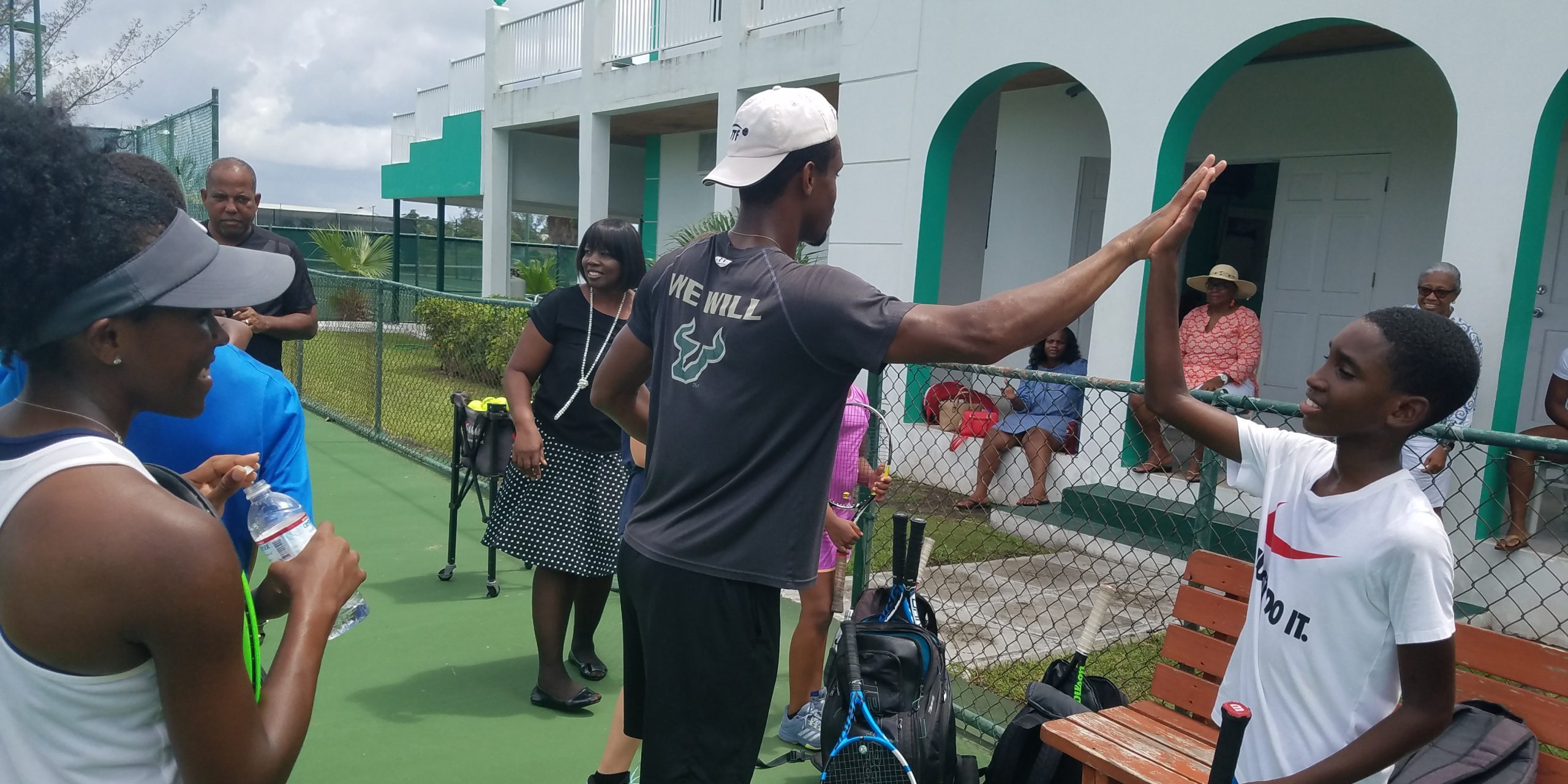 Justin took some time to conduct a clinic yesterday at the National Tennis Centre where junior tennis players met Justin and communicated with him. The kids were able to listen and learn as Justin shared his knowledge and showed them some tennis tips.

Justin spoke about his pleasure in “giving back” to the next generation. “During my time as a junior, I looked up to Jason and Marvin Rolle and some others. To have an opportunity to play with them was a big deal. So to now be that person the young kids look up to is humbling and a blessing.”

Justin travels to Lima, Peru later on this week and along with Baker Newman, will represent The Bahamas in the 28th Pan American Games.  We wish them both well as they display their skills amongst some of the best all over the world!

Pictured in the attached photos are: Justin Roberts and President Weir, along with the juniors.