Experience Wins over Youth at The BLTA DC/FC Invitational Trials

You are here:
Davis CupFed Cup 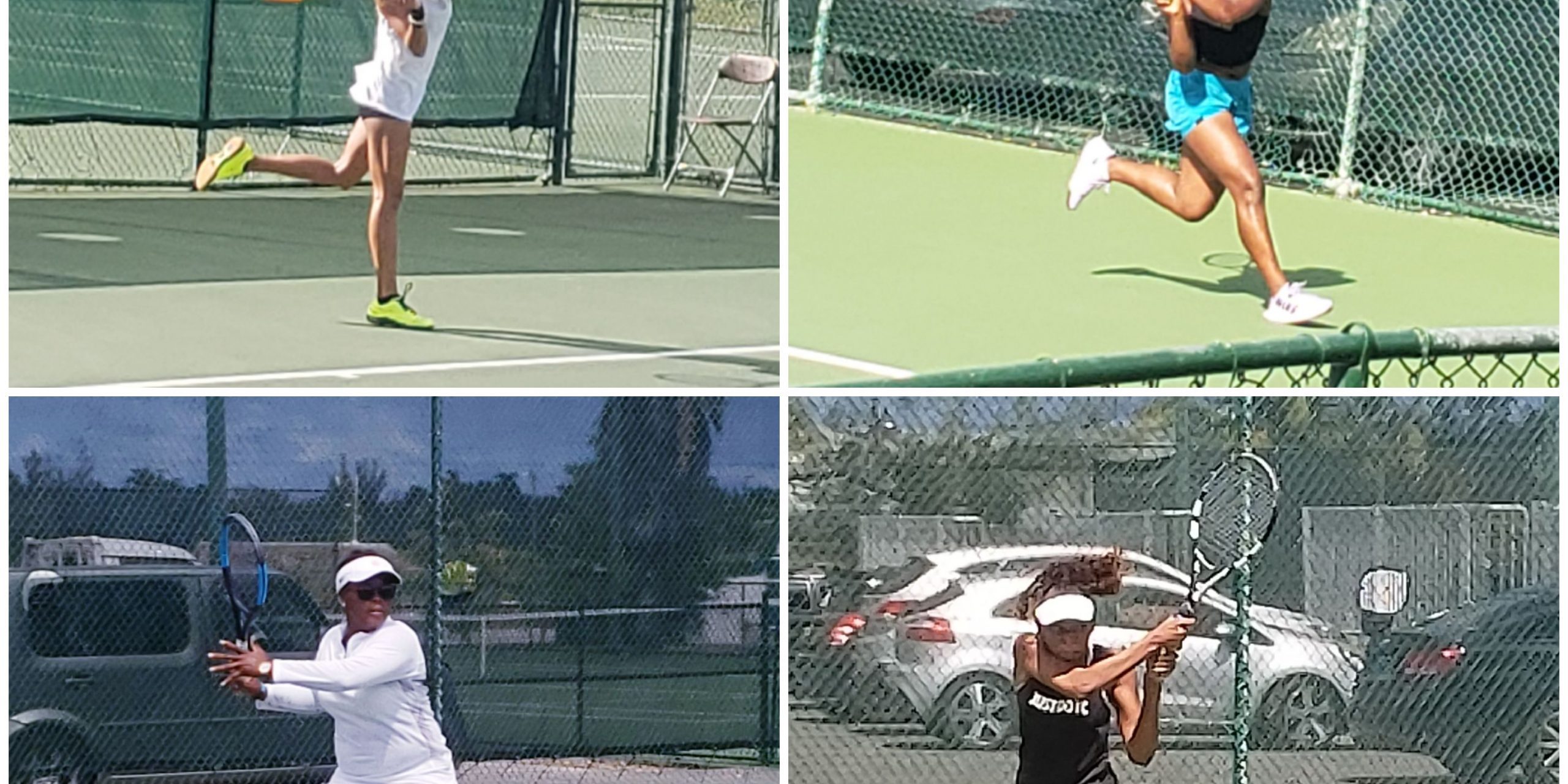 There were some anticipated match-ups at the Bahamas Lawn Tennis Association’s Invitational Trials held at the National Tennis this weekend. Yesterday on the final day of competition the remaining members of the  Bahamas’ Davis and Fed Cup Teams would be decided.

On the men’s side top junior player, Jacobi Bain vying for his first opportunity to represent the country on the prestigious Davis Cup team
came out strong going up 2-0 against veteran Davis Cup player Marvin Rolle. Marvin remained poised and took the lead 4-2. Jacobi fought hard in the first set to tie it up 5 all. However, the skill and experience proved to be too much as Marvin Rolle won 7-5 and went on to win 6-1 in straight sets. Marvin won over Rodney Carey Jr. and with the win yesterday he emerged the overall male winner of the Invitational Trials.

Marvin has participated in multiple Davis Cup events and has served as player/captain on numerous occasions and this will be his 17 qualifications. His service to the country continues to astound in the tennis arena as the level of finesse and talent yesterday was very high.

The power pack team of Justin Roberts, Kevin Major Jr. and Baker  Newman welcomes Marvin Rolle who will round out a talent studded team. Marvin is expected to serve as player/captain.

On the female side, veteran Fed Cup player Larikah Russell prevailed over another top junior Elana Mackey. Elana fought hard but was overcome by Larikah in straight sets 6-2, 6-1.

With each person (Simone, Elana and Larikah) winning a match, the tiebreak came down to how many sets were won in the tournament. Based on this determinant Larikah Russell and Simone Pratt emerged as the two top finishers. This will be Larikah’s 10th time and Simone’s 6th time representing for The Bahamas. We thank both ladies for their service to the country.

Fed Cup 2020 is set for the week of June 8 and Team Bahamas consists of Kerrie Cartwright, Sydney Clarke, Larikah Russell and Simone Pratt. The team is also filled with some of the top female talents in the country.  Larikah is also expected to serve as player/captain.

The Bahamas Lawn Tennis Association ends another successful tournament at the National Tennis Centre and thanks to Mr. Mickey Williams, Mr Mike Butler and Ms. Michelle Pelacanos for the smooth running of the tournament.

We look forward to some great participation from Team Bahamas on the world stage in the 2020 Fed Cup and Davis Cup!