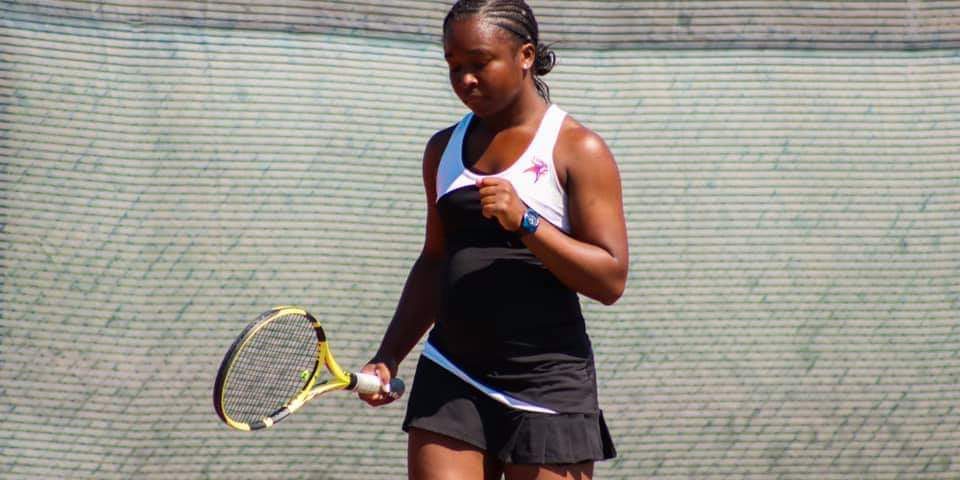 Lauryn Daxon playing in #3 Flight singles for the Missouri Valley Vikings defeated Karson Light 6-1, 6-2.  With the win, Lauryn and team
improve to 5-1 for the season. The team competed against Lawrence Technological University yesterday.

Joshua Turnquest and the Asbury Eagles won over Olivet Nazarene 4-3 on March. Bouncing back from #1 Flight singles loss, Joshua Turnquest teamed up with Felipe Penuela for No 1 Doubles. The duo was victorious over Francisco Faria / Alex Verdu 6-3.  Joshua and the Eagles competed yesterday at the Top Seed Tennis Club against Southwestern College.

Sierra Donaldson and the Lee Flames had a 5-2 tennis victory over Tarelton State on Monday afternoon. Sierra played #4 Flight singles and won in a thriller of a 3-setter against Faustine Palatte 2-6, 6-4, 11-9. Sierra then teamed up with Lauren Trammell to breeze pass Delfina Rodriguez and Aubry Hutson, 6-1. Sierra and the Flames took on University of Mary and Winona State University yesterday.  The team moves to 3-5 for the season.

Abigail Simms and Indiana Tech recorded a tough loss against #1 Georgia Gwinnett College. The Team moves to 7-4 for the season and will see action against Point University today.

Iesha Shepherd and the Jacksonville Jaguars stand at 6-8 also recording a recent loss and will take on Alabama A&M on March 13.

Hannah-Joy Simms and Brescia Bearcats and Afrika Smith and Bethune Cookman Wildcats will face action later on March 14 and 17 respectively.