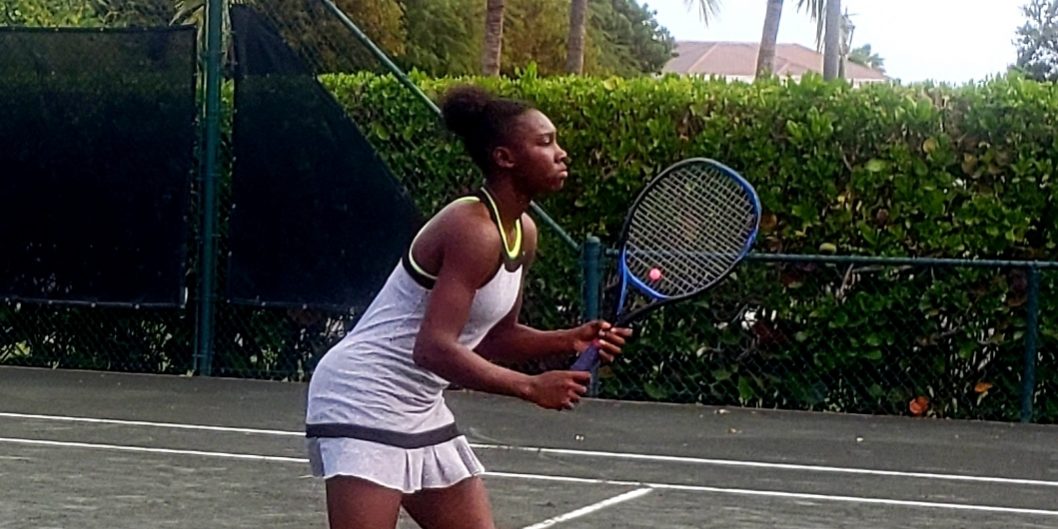 Tennis Collegiate Elana Mackey will round out the four-member Bahamas Billy Jean Cup(BJK) Team. Elana has replaced Larekah Russell who has opted not to serve as a team member. Elana is presently on a dual-track and tennis scholarship at Mars Hill University. Elana has also served previously on the Fed Cup which has been renamed in honour of Billy Jean King.

Elana rounds out a talented team consisting of Captain Kerrie Cartwright, Sydney Clarke and Simone Pratt. Kerrie Cartwright led the 2019 Fed Cup team to the finals against Peru
and is also currently our #1 ranked female in the country. Kerrie has also been ranked internationally on the Women Tennis Association (WTA) in singles and doubles. Sydney Clarke who has served previously for The Bahamas is presently a tennis player at The University of Alabama. She is coming from a good debut tennis season. Simone Pratt is a veteran Fed
Cup member who has served her country and has also been a part of a championship run for the Bahamas along with Kerrie in 2008 where the country was promoted to the next level.

The Bahamas Lawn Tennis Association (BLTA) is pleased with Elana serving on this year’s team. The event will be held in Panama from June 23rd – June 26th with all the requisite protocols in place. The considerations for travel and competition in a pandemic environment is heightened for our athletes. The ability to put a dynamic team together and to organize for this first international competition is commendable during these times.