BLTA Congratulates U14 and U16 Tennis Tournament Winners 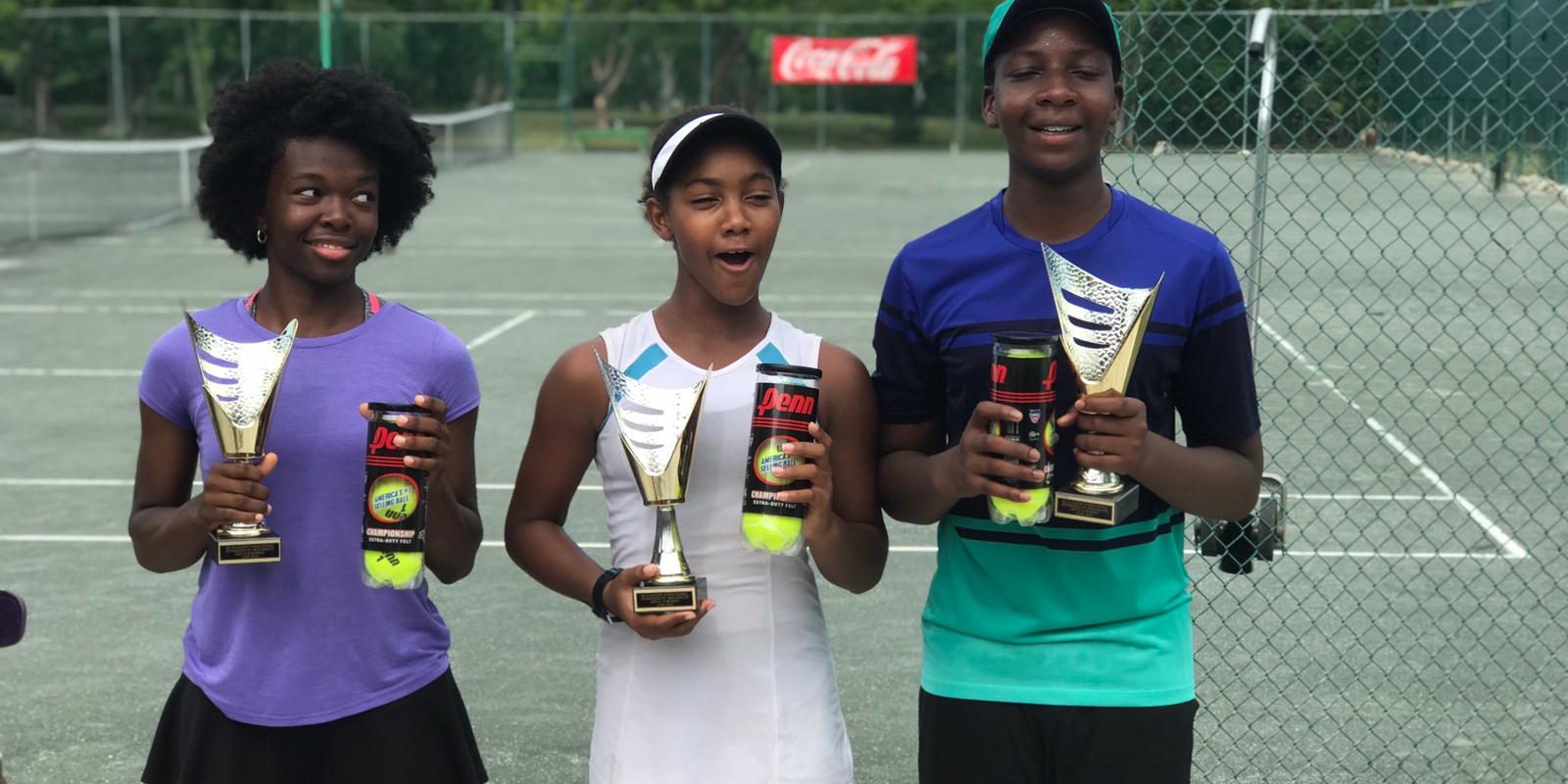 Junior players in The Bahamas are receiving more tennis matchplay and more competition.  The Executive Board of the Bahamas Lawn Tennis Association has added three (3) new U14s and U16s tournaments to the tennis tournament calendar this year.  The Association has also sanctioned the recent U10s and U12s IC Bahamas Junior Series by awarding top players with ranking points.

The first of the 3 new BLTA organized U14s and U16s tennis tournaments were held this past weekend on June 8th and 9th at the Gym Tennis Club. The event was proudly sponsored by McDonald’s.

President Darnette Weir spoke about one of her platform goals to increase matchplay among juniors. “It is important that our players have more opportunities to showcase and test their abilities. This will allow them to identify and work on areas of improvement and to enhance and hone their strengths.”  President Weir thanked the Sanctioning Tournament Committee (inclusive of Mr. Mickey Williams – chair, BLTA President Weir, GBTA President Natishkah Barrett, Southwest Tennis Club President Mike Butler, Mr. Ceron Rolle and Mrs. Chilean Burrows) for their work in increasing tournaments by more than double for this calendar year.

Pictured in the attached is McDonald’s representative Ms. Davis presenting BLTA’s Head of Junior Development Mr. Perry Newton with the sponsorship cheque. In addition, pictures are attached of the winners and runners-up presented with their trophies by President Weir.

We are thankful to McDonald’s for the sponsorship, support and their investment into the youth of our nation.  Special thanks also go out to:  Mickey Williams, Referee; Mike Butler roving umpire; Acting President, Gym Tennis Club, Mrs. Valorie Rees for the use of the facility; Mr. Bradley Bain for lending his assistance; participants and all the family members, friends and tennis enthusiasts who came out to support the tournament and made it a success.