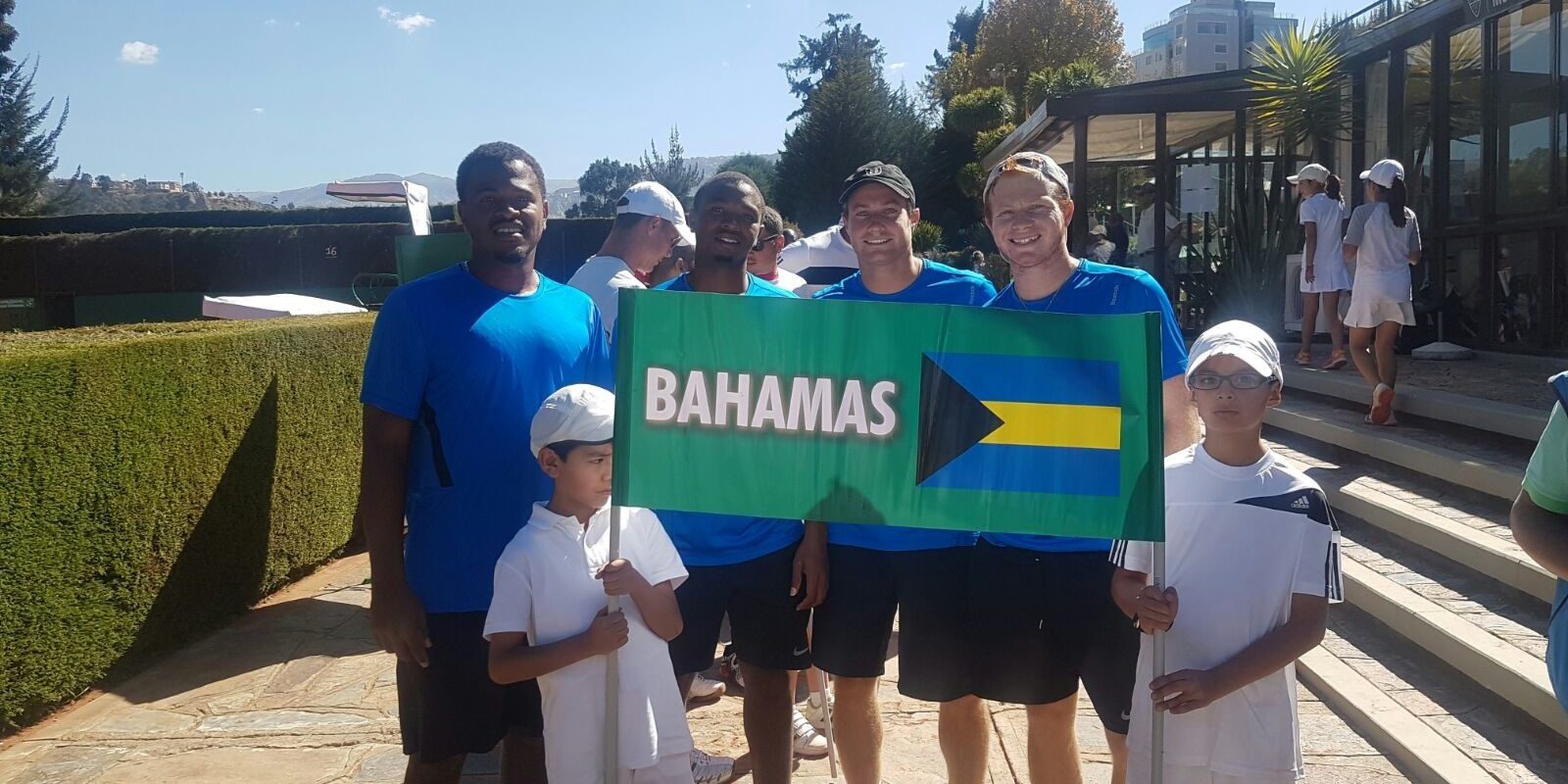 A splendid showing all around for The Bahamas in The 2016 Davis Cup Competiton. Due to the consistent and excellent play, Team Bahamas has been promoted to Zone II. With a final win over Team Jamaica today the Bahamas reigns supreme as the only undefeated team in Pool B. They end the competition with a 5-0 performance in the 2016 Davis Cup Competition. How did they do it? They won by using all of the talent and skills along with a mixture of experience and strategy. Led by Captain/Player Mr. Marvin Rolle, The Bahamas defeated Honduras, Costa Rica, Bermuda, Trinidad & Tobago and Jamaica.

Yesterday’s win over Jamaica had its share of drama and suspense and did not come without some level of hard work and determination by our group of Bahamian guys. Spencer Newman was up first against Damion Johnson and lost in the first set 3-6. He came back in the second set supercharged and won 6-1. The third and deciding set was very competitive and Spencer was able to overpower Damion 7-5. Spencer in an interview from Bolivia opined on what he was feeling during this match, “The first set I came out a little bit nervous but then I came back strong in the second set. I knew what was on the line. I took it in the third set 7-5.”

Baker Newman played Rowlin Phillips and came out with a solid performance in the first set, he won handily 6-1. However, he lost the second set 4-6. He faced a similar situation as Spencer and needed to win the third set. He played hard and won 7-5 over Philips. Kevin Major Jr. spoke about the two three-set matches played and won “When adversity calls, The Bahamas has the answers. Also, Baker spoke about the win after the match, “We got the job done out there 7-5 in the third for both(in the singles) no need for dubs (doubles).” Yes, Team Bahamas definitely got the job done, Promoted and Advanced, we are on our way up to Group II Bahamas!

The Bahamas Lawn Tennis Association (BLTA) is proud of its four-member team Captain Marvin Rolle, Baker Rolle, Spencer Rolle and Kevin Major. We commend the work of these talented, resourceful, and hardworking young men who have proven themselves in a big way this week in Bolivia. We are thankful to those persons who worked behind the scenes and contributed to the success of this team including executives Ms. Darnette Weir, Mr. Ceron Rolle, and Mr. Perry Newton. We salute our sole sponsor AID for your invaluable contribution.

The Bahamas got the job done…Congratulations!