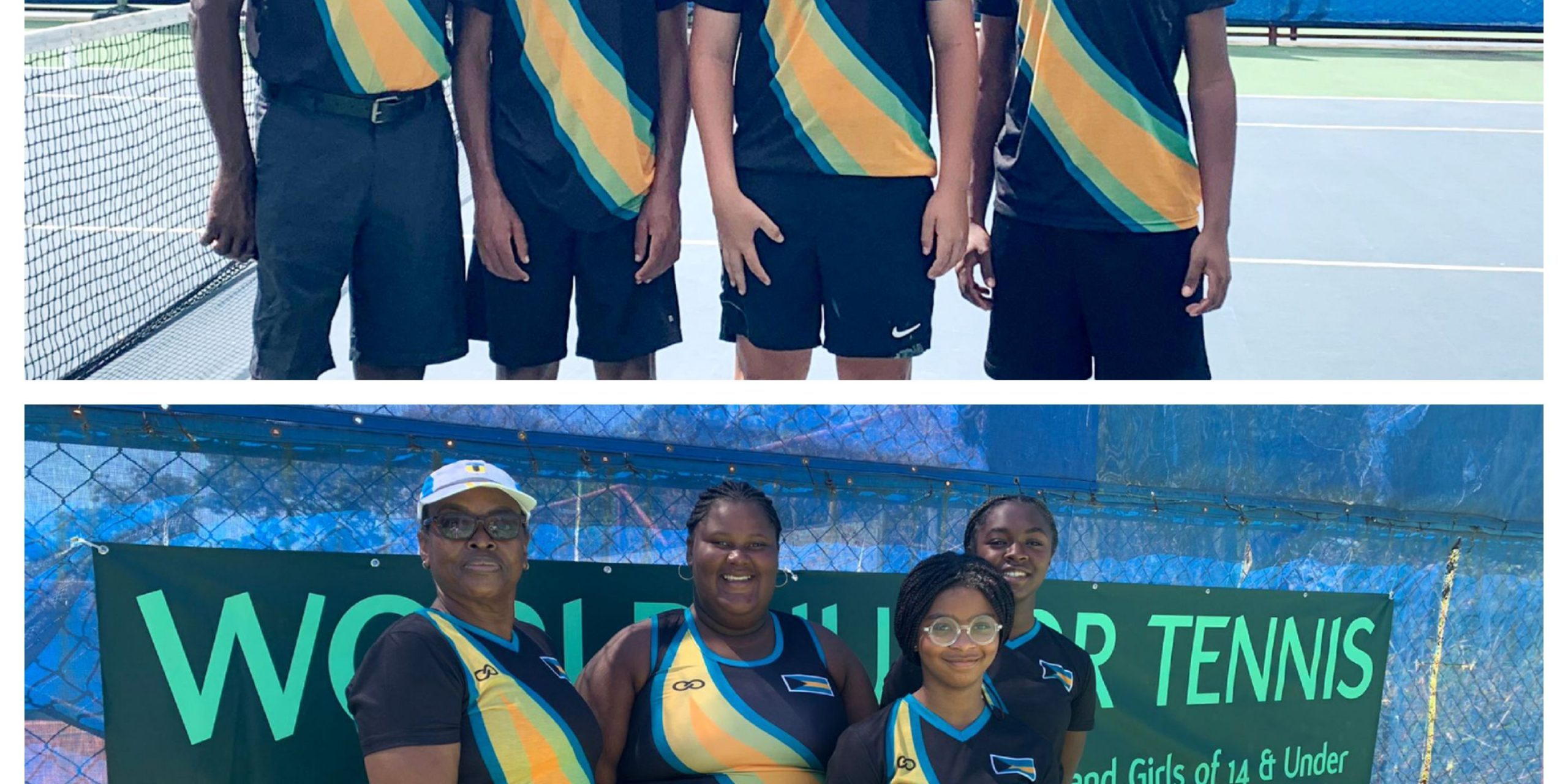 The Bahamas Lawn Tennis Association (BLTA) congratulates its Boys and Girls Teams who have advanced both to the Playoff Rounds at the World Tennis Juniors Prequalifier event. Some of the best U14 players in the Central American and Caribbean region are competing and include
countries such as Honduras, Bahamas, Guatemala, Trinidad and Tobago, Suriname, Bermuda, Barbados, Panama, Costa Rica, US Virgin Islands and the host country El Salvador.

Yesterday our boy’s team won over Barbados 3-0 once. The Boys are 6-0 in the two matches played in the tournament. Jerald Caroll led out today with a 6-2, 6-0 win and William McCartney followed up with another win 6-0, 6-1. The doubles pairing of Jackson Mactaggart and
Jerald Carroll sealed the deal with a win 6-1, 6-1. The team came out undefeated in pool play. Coach Bain noted the team would face either Costa Rica or US Virgin Islands in the playoffs.

Our Girl’s team lost 0-3 against Costa Rica. Sarai Clarke played hard but lost 6-4, 6-2. BreAnn Ferguson played strong but lost 5-7, 1-6. The doubles pairing of Sarai Clarke and Rachel Thompson also put in a strong effort but lost 1-6, 2-6. Despite the loss, the team came up
big against Suriname yesterday qualifying them for playoffs as one of the two top teams in pool C.  Coach Whitfield noted that the team now moves forward to the playoffs.

President Perry Newton congratulated both the Boys and Girls team and stated that “The level of play is always high at the World Juniors competition so the results our athletes are achieving are indicative of the hard work that they have all put in. We knew the teams that the BLTA fielded were talented groups both on the boy’s and girls’ sides. We are pleased that the athletes are taking advantage of this opportunity to exhibit their talent on this regional stage. We are extremely appreciative to the person who designed and donated the uniforms for both teams, may God forever bless you. We are seeing successive travelling teams advancing to the playoffs of these international events. Bahamas tennis continues to improve and this is positive for the
future of tennis in The Bahamas.”

Let us pray for the continued success and safety of our teams as they enter into the playoff rounds today.