The Tennis Love at the Johnson Memorial Tennis Tournament

You are here:
National Tennis Centre 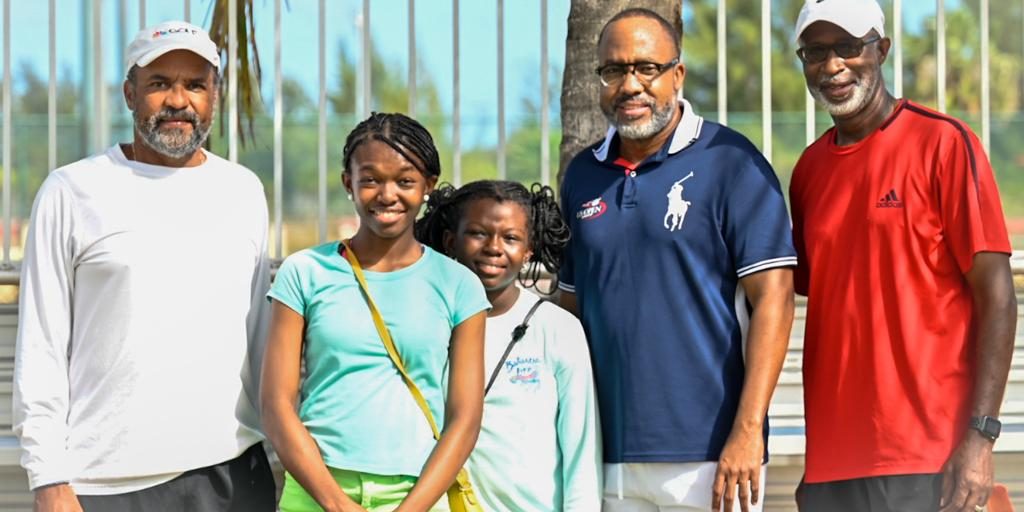 The tennis community showed overwhelming support of the tournament organized and sponsored by the Executive Board of the National Tennis Centre (NTC) in aid of the Johnson family. Brent and Eulona Johnson who were both Directors previously on the Board of the NTC have made tremendous contributions to Tennis in the Bahamas. This tournament was only a small token of the tennis community’s love and appreciation for these two wonderful individuals who have passed.

Over 100 matches were played over the weekend in the Johnsons’ honour. Persons ranging from as young as 8 to over 60 showed their support and played some great tennis. The NTC is truly appreciative to all of the persons who supported by participating in the tournament and also by giving monetary donations. NTC Chairman, Perry Newton thanked the
organizing committee which was instrumental in ensuring a smooth and successful tournament led by NTC Vice-Chairman Darnette Weir and consisting of NTC Director Cory Francis, NTC Director Steve Taylor, Chilean Burrows, Esther Newton and Linda Thompson. Special thanks are extended to NTC Director Mr Mickey Williams who meticulously organized the draws and schedule. We also thank the additional volunteers who worked alongside the organizers this weekend in various capacities: Everette Munroe, Renesha Tinker, Tara Mactaggart, Candy Bowe, Chantell Carey, Ricardo Demeritte, Kevin Sturrup, Larikah Russell, Bernard Clarke, Kendrick Gomez, Donte Armbrister, and Sarah Beukes.

Results from the tournament are as follows:

We miss Brent and Eulona and we will continue to honour their memory.

To all those who have participated, volunteered and supported thanks again for your show of love!