Tennis Juniors Micheal and Maddisan Excel in US Tournaments

You are here:
Junior Tennis 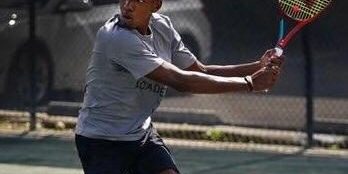 Michael Major Jr advanced to the finals of the  Premier Tennis 500 Tour. It is a tournament circuit in different regions of the state of Florida, where players locally and internationally can compete. The event was open to Men whose UTR is below 10.0.  Michael received a bye in the first round of 64. In the round of 32, Michael won in straight sets over American Browne 7-5, 6-2. In the round of 16 MJ won 9ver another American Brady 7-6, 7-5.

In the quarterfinals and semifinals, Michael would win in 3 sets over American Jiang and Colombian Perez respectively. Michael played Saigalle from the US in the finals losing in a good effort 4-6, 3-6.

Maddisan Bowleg advanced to the finals of the USTA Level 7 at the Hidden Creek Country Club, Virginia. Maddisan competed in the Girls 18 Division winning 3 matches over Roa, Wright and Liang to advance to the finals. Maddisan would play a very close final losing in a tiebreak.

The Bahamas Lawn Tennis Association (BLTA) congratulates MJ on a great run to the Men’s Finals and Madissan on a great push to the L7 USTA finals. Continue to shine!

The BLTA Fields Two U14 Tennis Teams for World Juniors in El Salvador
May 22, 2022