You are here:
COTECCU12 Tennis 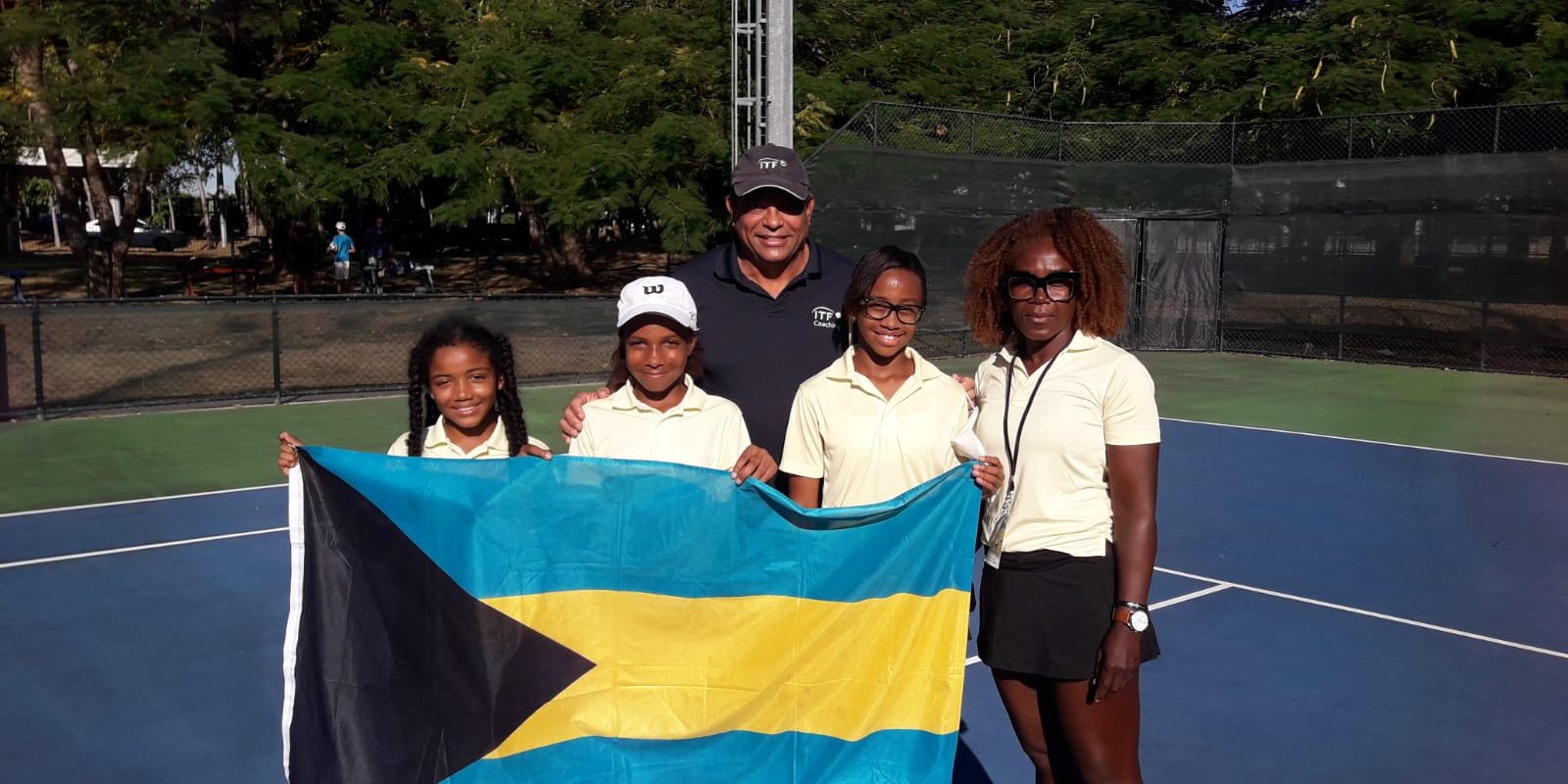 Team Bahamas had two major wins at the prestigious U12 ITF/COTECC FINALS in Santo Domingo. They won over Dominican Republic Team 1 and El Salvador. This event featured the best of the best in the Caribbean and Central American region. Mexico teams 1 and 2 played each other in the finals. The Bahamas was the only Caribbean representation in the girl’s event. Team Bahamas consists of Tatyana Madu, Kaylah Fox, Briana Houlgrave and Coach Marion Bain

On the last day of the competition, Kaylah Fox playing for Team Bahamas in the #2 spot was victorious over Valeria Santana of the Dominican Republic 6-0 6-2 playing in the #2 position. This was Kaylah’s fourth straight singles win. Kaylah went undefeated in all of her singles matches, not dropping a set!  She gave up 12 games in total over the 4 matches which were very impressive.

Tatyana Madu played in the #1 position and won two singles and in the other matches, she was very competitive. In the singles, matches against El Salvador Tatiana played for 3 hours plus. She experienced leg cramps in the 2nd set but fought through it despite the pain. She went on to lose the third set but showed a tremendous amount of grit and determination to represent her country.

Briana Houlgrave also played tremendously well and won quite a few singles to help The Bahamas advance to the Team Finals. Yesterday, Briana teamed up with Kaylah against El Salvador to give The Bahamas a win in that tie.

Team Bahamas competed at a very high level at the U12 ITF/COTECC FINALS in Santo Domingo. The Bahamas Lawn Tennis Association (BLTA) congratulates Tatyana, Kaylah, Briana and Coach Marion on a very impressive run in this finals competition. We also congratulate Kaylah on her undefeated singles record representing Team Bahamas at this prestigious tournament.

President Perry Newton stated, “All of the young girls made their presence felt and let their lights shine brightly as they proudly represented the country. We could not ask for anything more. This is a positive reflection on the hard work that the girls and their parents and coaches have put in over the past years. The BLTA will continue to ensure these opportunities are available for them. This is the first representation on behalf of Team Bahamas for each of them and they were undaunted by the fierce competition, they stood firm and played exceptional tennis. We know this is only the beginning of great things to come.”

We thank Tatyana, Kaylah  Brianna and Coach Marion for serving on the 2021 team, we know many sacrifices were made to participate as this was the second trip in two months during school time and during the ongoing pandemic. The BLTA congratulates the team and joins the entire Bahamas in thanking Team Bahamas for giving their all on the courts in a stellar performance.

Team Bahamas Advances to the Top 4 in The Competition
June 22, 2020
Current Month