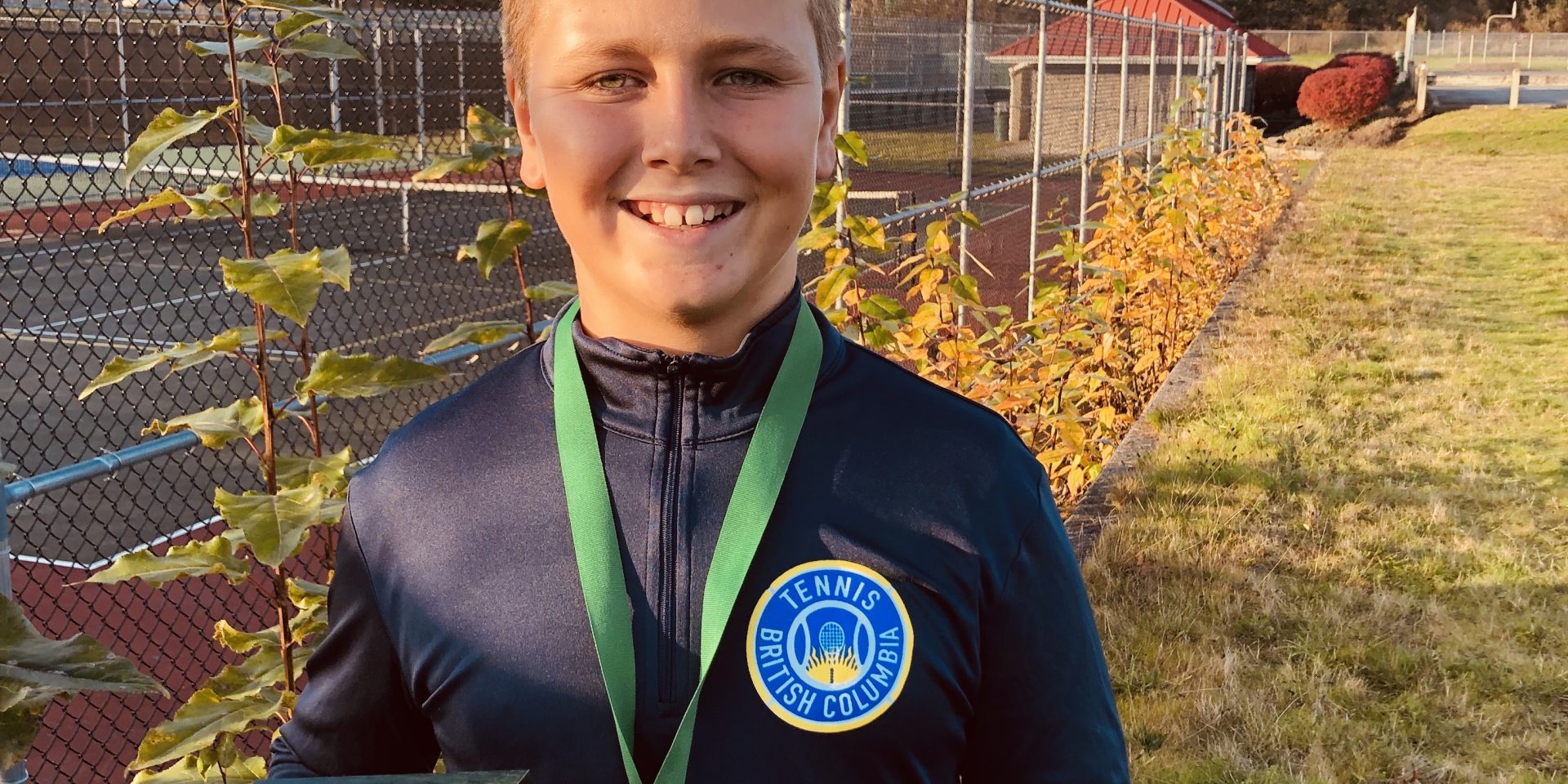 Jackson Mactaggart performed very well in the 2020 British Colombia (BC) Indoor Provincial Championships (U12) in Canada. Jackson was seeded in the tournament 3rd in singles and 2nd in doubles (teaming up with Ewan Robertson). Jackson and Ewan advanced to the doubles championships and ended as tournament finalists against the #1 seeds Garry Jiany and Jeff Shen.

Prior to matchplay, Jackson was ranked top 20 in boys’ U12 in Doubles and Singles on the Canadian national junior rankings. The Bahamas Lawn Tennis Association congratulates Jackson on this strong performance on the Canadian circuit. Jackson is one of our top juniors in the boys’ U12 and has also been “giving back” in his own way by assisting with the “Ranfurly Home for Children Outreach Program” conducted by the BLTA at the NTC.

Tournament photos with Jackson receiving his award are attached. Continue to shine!