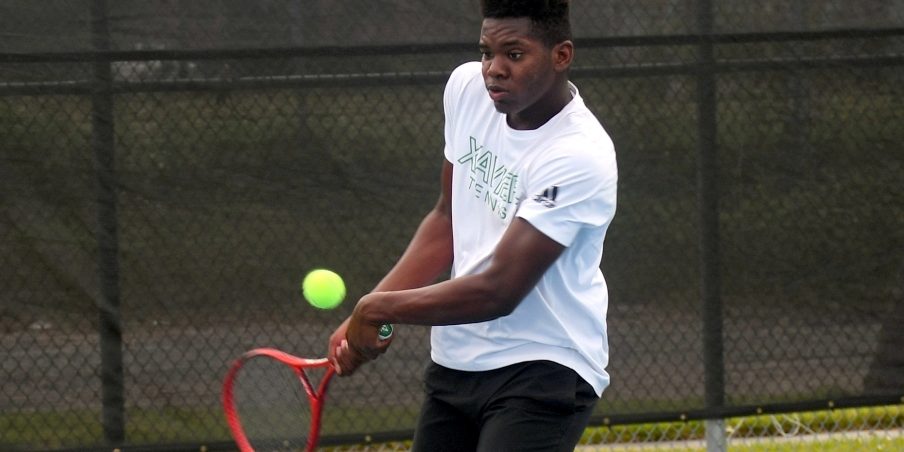 Joshua Turnquest a graduate student at Indiana Wesleyan University stepped on the court with his doubles partner Jeremias Rocco at the Intercollegiate Tennis Association (ITA) Doubles Championship.  They were successful against Omarkanov and Salazar from the University of Northwestern Ohio (UNOH). The duo who were crowned ITA Champions head to the College Nationals!

In addition on a team level, the Indiana Wesleyan ranked 10th claimed the Crossroads League Tournament title defeating No. 15 Grace College 4-0. In this match, Joshua Turnquest teamed up with Jeremias Rocco in the #2 doubles defeating Ramiro/Fabricio of Grace 6-1. This is the third year in a row that IWU has taken the title. IWU has had an undefeated season 20-0 and have booked their ticket to the NAIA national tournament which will take place in May 2022 in Mobile, Alabama.

The Intercollegiate Tennis Association (ITA) has announced its 2021 Scholar-Athletes and All-Academic Teams.  Sydney Clarke who plays for the University of Alabama Birmingham (UAB) received ITA All-Academic Award along with seven of her teammates.

As a team, UAB boasts a team cumulative GPA of 3.78 for the 2020-21 academic year, which earns them a position on the ITA All-Academic Team.

To be named an ITA Scholar-Athlete, one must meet the following requirements:
• have a grade point average of at least 3.5 (on a 4.00 scale) for the current academic year
• be listed on the institutional eligibility form

Sydney also competed in the Mercer Gridiron Classic where she made it to the B1 Quarterfinals but lost to Sukkahna 3-6, 3-6.  In doubles, Sydney and partner  Mackenzie White competed well in the B doubles winning the entire competition. In the finals, Clarke and White won 6-2 over Pavelekova and Tuomela.

Advancing to the doubles of the NAIA Gulf Intercollegiate Tennis three day tournament Jacobi Bain teamed up with senior Juan Ramirez. Bain and Ramirez played for the C team for Xavier University of Louisiana(XULA). They reached their final with a 9-8 (7-5) victory against William Carey’s Eric Caleguer and Tom Tillger. The championship match is set to take place today.

The XULA team has performed well overall winning  21-of-25 matches played up to yesterday.

The Bahamas Lawn Tennis Association (BLTA) celebrates these collegiate tennis athletes who are performing exceptionally. Joshua has captured a doubles championship and Jacabo is competing in the doubles final. Also, Sydney Clarke is excelling not just athletically but academically. We have a great cadre of athletes that have performed consistently on the tennis circuit. As the tennis season gets underway we wish them continued success on the courts and in the classroom.

You can find further information below