Bahamians on the College Tennis Beat 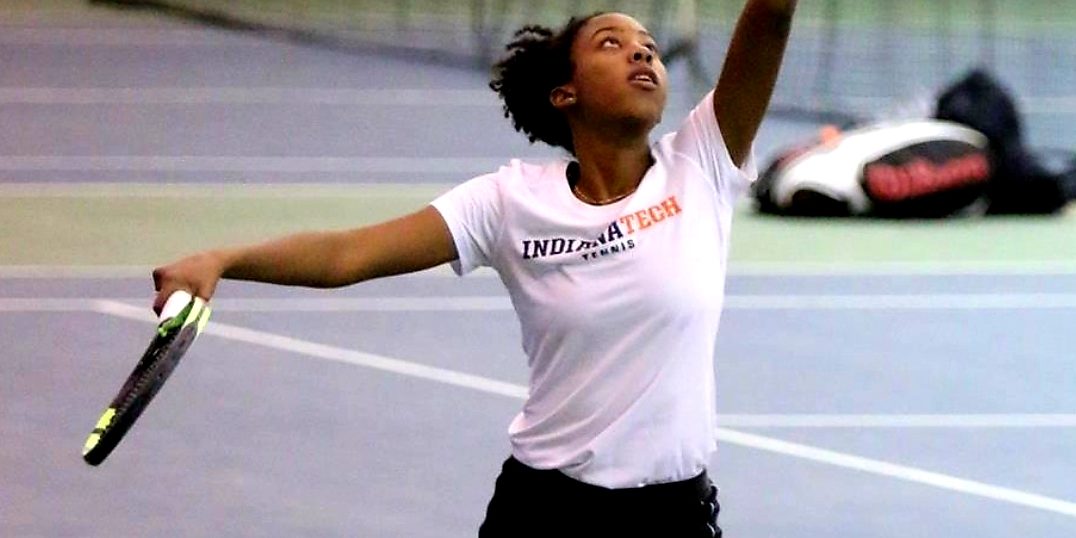 Bahamian Abigail Simms playing for Indiana Tech Warriors in the tennis spring season went 4-5 in singles at first flight and 7-4 in doubles. Abigail’s spring season, like many others, was cut short due to COVID-19. However, Abigail made history for women’s tennis at her school being 1 of 3 Warriors who earned national rankings in the Oracle ITA NAIA Women’s Rankings. Simms who is now a sophomore was ranked 38th(highest for the Warriors) in the nation in singles. Warriors Coach Orlowski stated how big this was for the college and how meaningful it was considering the focus and mental aptitude that was needed due to the Covid 19 pandemic.

In January the Warriors was picked second in the Wolverine-Hoosier Athletic Conference (WHAC) Preseason Poll. Tech Warriors was able to get two matches in the fall and won both to start 2021 with a 2-0 record. The Warriors are scheduled to compete 15 times this spring with their first match being on the road at Bowling Green on February 5th.

Lauryn Daxon who is now a senior at Missouri Valley Vikings will start her season on February 19th against Missouri Western. The Vikings season was also cut short last year due to the pandemic where they were unbeaten at 3-0. The Missouri Valley College women’s tennis team will start its spring 2021 season by being ranked No. 23 in the NAIA Women’s
Tennis Coaches’ Preseason Top 25 Poll.

Sierra Donaldson and Lee University Flames kick off the year with a match against Tennessee Wesleyan University on Feb 4th.

Hannah-Joy Simms and Brescia Bearcats will also kick off their spring play on February 20th against Asbury University.

Iesha Shepherd is now a Senior with Jackson State Jaguars. The team experienced two tough opening losses against Jacksonville State and Stephen Austin. The team is hoping to put a win in their column when they matchup against Southeastern Louisiana on Feb 11th.

Afrika Smith is with Bethune- Cookman Wildcats women’s tennis team, no season schedule has been released.

New to the college scene Sydney Clarke is making her mark with the University of Alamaba Blazers with a singles win in 2 straight sets as singles flight four in their last showing. The Blazers has experienced two spring season opener losses and is hoping for a win in their next match lineup scheduled for February 6th at Mississippi State. Last season, the Blazers ended the year on an eight-match winning streak.

The Bahamas Lawn Tennis Association congratulates Abigail Simms on her historic ranking in the national polls for Indiana Tech. We also wish all our college athletes well in the upcoming spring tennis season.