And They Have Done It Again: Team Bahamas Today with A Back-to-Back 3-0 Win

You are here:
National TeamsU12 Tennis 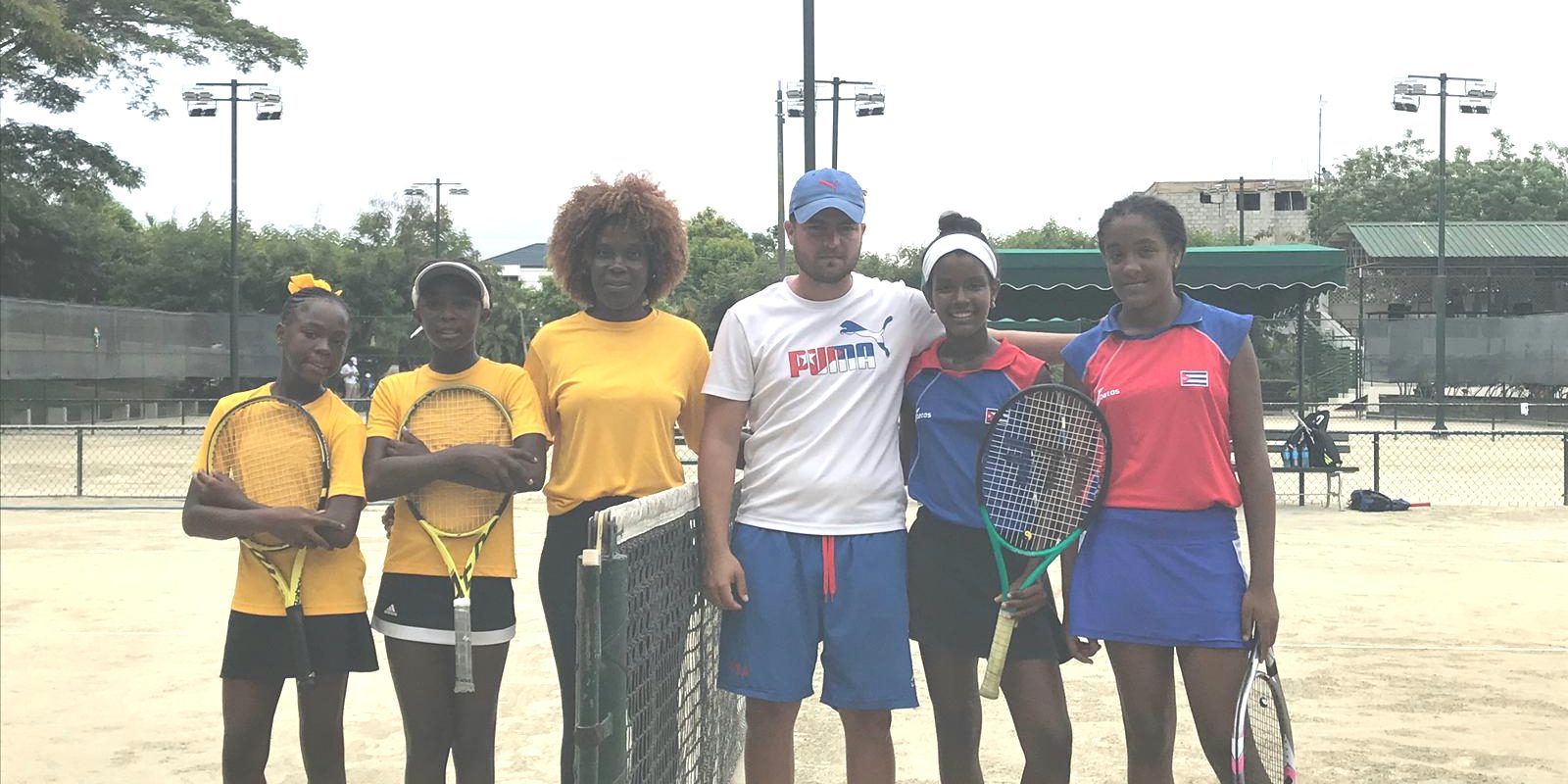 On the Dominican courts of clay, our Girls came to Play!

After recording a shut-out victory yesterday against the host country, The Bahamas U12 Girls’ Team followed-up with another 3-0 victory today over Cuba.

Saphirre Ferguson would lead out the gate strong once again with a 6-1, 6-1 win. She gave up only two points as she dominated the competition. Regarding Saphirre’s coach, Marion Bain calls her “strong and focused” and those traits resulted in a Singles win for Team Bahamas.

With one win in The Bahamas’ column, BreAnn Ferguson followed-up with another solid win facing the #1 from Cuba. Even though the opposing player towered over her, BreAnn’s skill and will would prove to be too much with a final score of 7-5, 6-1.  Coach Bain spoke of BreAnn’s dominance and this was etched firmly in the 2nd set.

The Doubles team of Jalisa Clarke and BreAnn Ferguson pounded the clay and came out victorious over Cuba 7-6, 6-2. Coach Bain is working the different combinations as Jalisa and Saphirre were paired up yesterday. The duo today was just as effective giving The Bahamas its 2nd 3-0 win in the tournament.

The Bahamas Lawn Tennis Association congratulates  BreAnn, Saphirre and Jalisa on their win over Cuba.  The Girls are on a 2-match winning streak and are exhibiting stellar performances amongst the best in the U12 division in the region.

The Bahamas Boys’ Team had a day off and took to the practice courts. They will resume round-robin play tomorrow.

Continue to do well Team Bahamas!