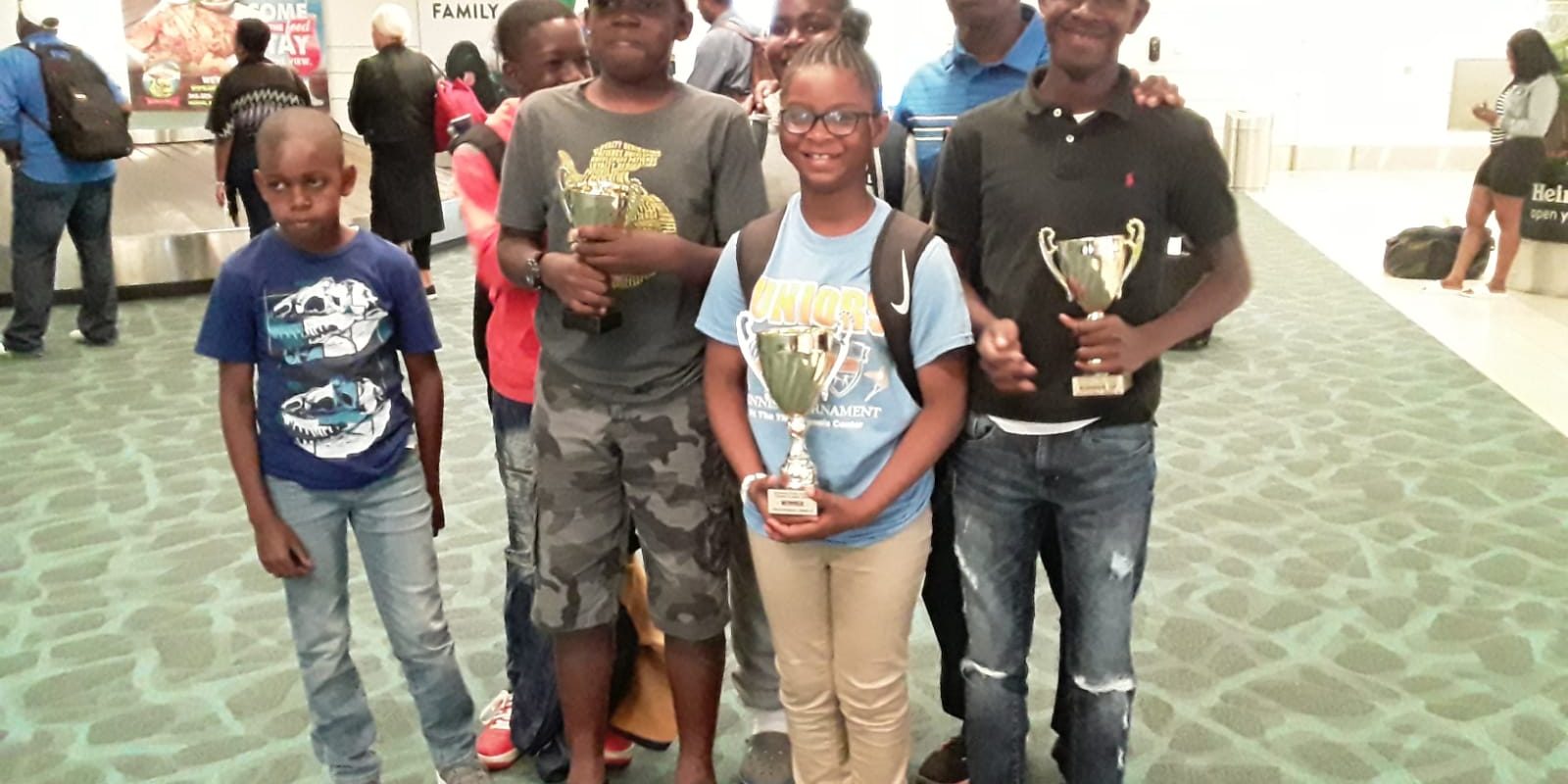 A group of young talented junior players from the Southwest Tennis Club (SWTC) participated in the Freeport National Jr. Tournament. For some of them, it was their first experience travelling abroad to this national tennis tournament and it proved to be very rewarding.  The SWTC under the direction of President Mike Butler came home with some of the fruits of their labour.

The Southwest Tennis Club (Bahamas) was birthed by a few Tennis enthusiasts in the community. Its mission has been clear: to provide
additional Educational and Sporting alternatives to the young people of the Southwestern district of New Providence with a view of becoming a model to the entire Commonwealth of The Bahamas.

Mr. Butler stated, “The other founding fathers of the club have since all lounged out to extend and expand the vision of the club. Southwest Tennis and its off-springs are providing mentorship and tennis free lessons to scores of young people daily in spite of many unfavourable circumstances.”

Some of the persons representing in Freeport for the first time were Savano Hanna, Sharano Hanna, Brandon Duncombe and Khadin Evans.  All of the boys mentioned competed in the 14U division except Khadin Evans who competed in the 12U singles division. Also travelling along with the team were:  Patrick Mackey Jr., Alyssa Roy and Sarai Clarke all of whom are Associate Junior Members of the club. Patrick played 12U singles and 14U doubles, Sarai played 12U and 14U singles and 14U doubles whereas Alyssa played 16U singles and doubles.

Giving thanks to God for all that He has done, Mr Butler stated: “Its leaders remain resilient in carrying out the mandate.” Mr Butler also
extended special thanks to Ms. Darnette Weir and Julian Robinson at A Plus Pest Control (Faith Avenue) for making the trip possible.

The group from SWTC competing well returning home with championship and finalist trophies. The Bahamas Lawn Tennis Association congratulates Mr. Mike Butler and SWTC, its debut athletes and Associate Members on their participation and success. The BLTA recognizes the important work of these community-based clubs whose focus is the building up of the young kids of our country and giving them the skills and opportunities for development and growth.